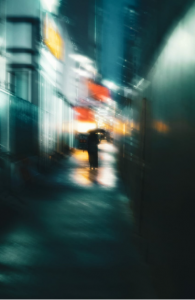 Image by Photo by Zeeshaan Shabbir from Pexels

There are so many wonderful mysteries and beautiful realities that are available for us to experience. There are various combinations for us to unlock. Life itself is such an incredible and miraculous gift. Imagine living your whole life in wonder. Imagine living life through the eyes of a child.

That’s the stance that I’ve taken when I decided to start the series called “Delving into the mysteries of the Universe”. You can either approach this information through the eyes of a skeptic which is okay. There’s value in not accepting all information that you’re given. Or you can receive this knowledge as eye-opening and view it as a gift to expand. The choice is always yours. That is one of the many gifts that we, as sentient beings, have.

I’ve done quite a bit of research on the subject and consolidated the information concisely. Hold onto your seats because it’s about to get wild. With that said, let’s begin…

What is a Walk-in?

In every article that I’ve researched there is mention of Ruth Montgomery who coined the term ‘Walk-in’ in her popular book ‘Strangers Among Us’. Ruth Montgomery was a journalist in Washington DC and later had a complete change in career as she delved into Metaphysics and New Age subjects.

A Walk-in (according to Wikipedia) is a human being whose original soul left the body (a walk-out) and is replaced by a different soul. There is usually an agreement between the souls, either before incarnating into the body or during a time of intense distress. Below are a few examples that I found particularly interesting.

According to various sources (cited below), an agreement is made between two souls to have the exchange while the body is still in it’s child state. The first soul may have realized that the life path or lesson may be too much so an exchange takes place where another soul takes over the body and continues with it’s own path. Most of the time there is no clear distinction between the walk-in and walk-out. The parents and family wouldn’t really know that there’s a change in being. Nicolas David Ngan, cofounder and lead teacher at the Center for Conscious Ascension in Surrey, England, has recollection of having the walk-in experience at the age of 12, with no prior signs of physical or emotional distress.

This usually occurs in the case where souls require a fully formed Adult ‘vehicle’ to accomplish a specific purpose or mission. There is also a contract that takes place between the souls. The entire process is consensual. Drunvalo Melchizedek remembers having this experience in the early 70s, where his soul came from another part of the Universe to support his current mission. The exiting soul went to another dimension far higher than the vibrational level it was on, as a gift for ‘giving up’ the current incarnation.

Nicolas David Ngan speaks about a case where he was witness to a soul exit and another enter the current body of a woman in her 30s. There was a marked change in personality, she threw out the clothes that was previously owned, changed friends and quit her job. She was a completely different person (Two Souls in One Lifetime with Nicolas David Ngan; Gaia)

A Walk-in is not a new phenomenon. There are sacred Hindu texts that speak about walk-ins. One famous account is that of missionary Saint Tirumular whose soul left his body and entered the body of a young cowherd who had just died. The cowherd was able to access the knowledge gained by the entity formerly known as Saint Tirumular, including his ability to speak fluent Tamil.

Whether you believe that this is possible or not, or whether these may be undiagnosed cases of multiple personality disorder, does not account for the many cases that is allegedly occurring on the planet at this juncture.

I look forward to the light that these souls believe that they will bring into the world.

Julia North, 3 February 2020, Walk-ins: Why some souls choose to hand over the wheel

Two Souls in One Lifetime with Nicolas David Ngan; Gaia